Dar es salaam, Monday, 7th March, 2016: The Benjamin Mkapa Foundation (BMF) has continued complementing the Government of Tanzania and partners efforts in strengthening health service delivery in underserved settings and in April 2016 it will commemorate 10 years since it was established in April 2006, by the former President of the United Republic of Tanzania, H.E. Benjamin William Mkapa.

The BMF Chief Executive Officer, Dr. Ellen Mkondya-Senkoro said at a press conference today that the theme of the 10 years anniversary would be “A decade of Commitment, Trust and Success in reaching the underserved”.  The Foundation is gratified to have transformed the lives and health of millions of Tanzanians that have been directly and indirectly reached by the Organization.

She added that “As part of the anniversary celebrations, the Mkapa Foundation will carry out various activities from March 2016 to end of April 2016. The undertakings include community health service provision, joint field visits, stakeholders meeting and a fundraising dinner. During this period we will recognize and award different personalities and Institutions that have contributed to the Foundation’s growth and success. Publicity and promotional activities will be mainstreamed in all related activities.

Dr. Ellen said “The BMF Board of Trustees and Staff, and family members will be donating blood at the Muhimbili National Hospital, as one of the means of relieving the sufferings by children, pregnant mothers and patients who need blood for their survival. We will also provide education, counseling and testing of HIV to clients within the public health facilities in Rukwa and Simiyu regions. School health education related to HIV and AIDS and Sexual Reproductive health will also be provided to two selected schools in the same respective regions”.

The Foundation’s pride in10 years is vested on its ability to create innovative and sustainable models that address national challenges in the Health Sector.  “We are proud to have been able to avail employment to more than 1100 health workers who have served needy areas; provision of scholarship grants to 1000 students studying Allied Health courses, and enhancing retention and motivation of health workers through the 480 constructed staff houses in rural health facilities. The Foundation has further been able to reach more than 800 health workers trained on effective clinical management of HIV and AIDS and Maternal health care services”, said Dr. Mkondya-Senkoro.

The fundraising campaign is already underway whereas corporate interest, pledges and monetary and in-kind contributions have been registered from various companies such as, Mohammed Enterprises Tanzania Ltd, Bank M, Clouds Media Group and others. We are expecting to garner more pledges through the fundraising dinner to be held on 13th April 2016 here in Dar Es Salaam, which will be attended by 150 invited guests. During the fundraising dinner, the Mkapa Foundation seeks to raise TZS 1 billion as part of its annual budget. These funds will benefit the Tanzanian people through reinforcement of health workforce and related health services especially HIV and AIDS, Reproductive, Maternal New born and Child health.

Likewise during the occasion, BMF will officially launch its new organizational name of the “Benjamin W. Mkapa Foundation” from the former the “ Benjamin W. Mkapa HIV/AIDS Foundation”. Dr. Ellen added “ In our endeavor to sustainability, enhancing growth and realigning to the changing national and global environment, including health sector development, effective from 2nd November 2015, we have changed our name to “The Benjamin William Mkapa Foundation (BMF)”. The instituted change reflects the Foundation’s objectives, which is to implement programs beyond HIV and AIDS, as stipulated in our amended Trust Deed. Our vision, mission and core values have remained the same, and we will continue to be committed in bringing hope to the underserved”. 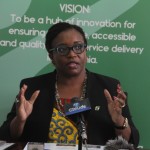 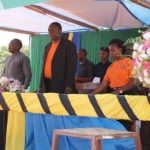 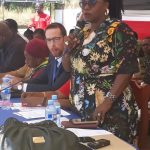