On 3rd November 2016, The Benjamin W. Mkapa Foundation (BMF) signed a new strategic cooperation agreement with the Goverment of Japan worth USD 126,726 (equivalent to Tshs 268 million). The agreement which is to be operationalized within one (1) year periodaims to improve maternal health situation, particulalry lifesaving services at the Nkoma health center in Itilima district, Simiyu region.

H.E Masaharu Yoshida, Ambassador of Japan in Tanzania and Dr. Ellen Mkondya-Senkoro, CEO of BMF displaying the signed agreement of strategic cooperation in a ceremony held at the embassy of Japan in Dar es Salaam.

Speaking during the signing agreement ceremony which took place at the Embassy of Japan in Dar es Salaam, the Ambassor of Japan in Tanzania, H.E Masaharu Yoshida said that, the Government of Japan is humbled to be part of the noble cause of complimenting Government of the United Republic of Tanzania’s effort in strengthening health systems in the country. He continued mentioning that the funds that will support the construction of theater at Nkoma Health Center are from the Grant Assistance for Grassroots Human Security Projects (GGHSP), which is an initative established by the people of Japan to support development in Africa.

H.E Masaharu Yoshida, Ambassador of Japan in Tanzania and Dr. Ellen Mkondya-Senkoro, CEO of BMF signing the agreement of strategic cooperation in a ceremony held at the embassy of Japan in Dar es Salaam.

Giving her remarks, the CEO of BMF, Dr. Ellen Mkondya-Senkoro stated thatthe partnership with government of Japan has come at the appropriate moment as the health center faces geographical challenges hence posing threats to patients who are given referrals to nearest facilities for further treatment. “Communities around the facility will be accessing surgical services easily, hence there is likely increase of saving pregnant mothers with difficult labour. Also they will not be  required to walk 50 kms to reach the nearest facility to seek for such emergency obstetric care”, said Dr. Ellen

She further clarified that through this partnership, BMF has so far leveraged resources from other Donors and Ccorporates that  support the Itilima district by recruiting and deploying health workers andbuilding capacity to the existing staff by upgrading clinical skills on provision of Comprehensive Emergency Obstetric Care.

H.E Masaharu Yoshida, Ambassador of Japan in Tanzania and Amb. Charles A. Sanga, Chairman of BMF Board of Trustees (2nd from left) together with embassy of Japan officials during the signing of strategic partnership agreement ceremony held at the embassy of Japan in Dar es Salaam.

Speaking on behalf of the District executive director (DED) for Itilima DC, Mr. Archanus Kilaja, the said that, they are very pleased to receive this support as it will enable them upgrade the existing Nkoma Health Centre, which is now serving as the district hospital for this newly established district of Itilima. By having the theatre in place will minimize the hassle of pregnant womens and other patients being referred to other district hospital thus also reduce the cost of referrals .

H.E Masaharu Yoshida, Ambassador of Japan in Tanzania (center), Dr. Ellen Mkondya-Senkoro, CEO of BMF (left) together with representative from BMF and Itilima District council during the signing of strategic partnership agreement ceremony held at the embassy of Japan in Dar es Salaam.

Simiyu is one of the regions in the Lake zone around Lake Victoria with a population of 1,591,615 of which 92% reside in the rural area. This region has poor performing Reproductive Maternal Newborn Child Health indicators with a Total Fertility Rate of 7.4 per 1000, Crude Birth rate 52.2, modern contraceptive rate (CPR) of 13% and health facility delivery of 46% (National census 2012). 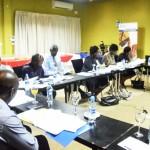 Embracing Partnership: BMF Hosts The 2nd Annual Meeting With Partners And Donors
Comments are Off 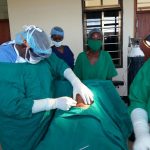 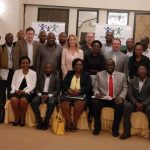