The Benjamin William Mkapa Foundation (BMF) is implementing a number of initiatives guided by its Five years’ strategic plan (2013-2018) aiming at facilitating the delivery of responsive health services, including HIV and AIDS, particularly in underserved areas through innovations in health systems.

All the initiatives aims at complementing the Government Effort’s to ensure the health care is accessible and available to all Tanzanians.

MFP II was the 2nd Phase of the programme which commenced in year 2013 and ended in year  2018, and it was focusing mainly in rural underserved and hard to reach districts of Tanzania with the aim of improving HIV/AIDS Care and Treatment, Prevention of Mother to Child HIV Transmission (PMTCT) and Reproductive, Maternal and New Born Health (RMNH) services through Human Resource for Health (HRH), infrastructure support, capacity building and community involvement. A total of 12 Local Government Authorities, 19 Health facilities and surrounding communities benefited from MFP II.  The End of Term evaluation was conducted and it concluded that MFP II met its target, and it was Relevant, Efficient Effective and Sustainable.

Following the recommendation arising from  the evaluation, challenges faced during implementation of MFP II and emerging health issues, the third Phase of the Program was further conceived leading to the current Mkapa Fellows Programme III (  MFP III).

MFP III is a  3 years programme which will begin in June 2018  and will be guided by three major pilars as shown below: The coverage of MFP III will be in 12 Districts as follows;

The Programe is mainly supported by the Irish Aid and other private sector such as Geita Gold Mine also co-finance. For ownership and sustainability the Foundation will work using the existing Government structures hence extensive and firm cooperation of the Regional Authorities, Council Health Management Teams (CHMT’s), Facility incharges and the Community, ward and village leaders is important. 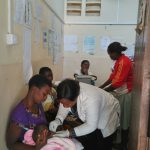 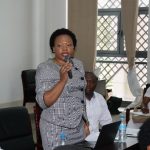 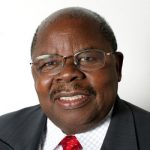