The Ambassador of Japan in Tanzania, His Excellency Mr Sinichi Goto earlier on 18th February 2019 met with the Benjamin Mkapa Foundation Team at his residence, in Dar es Salaam -Tanzania, in a short signing ceremony where the Mkapa Foundation and the Government of Japan signed an agreement for the installation of Medical Equipment’s for the operating theaters in Rukwa Region worth USD 62,582. The support is geared towards reducing the maternal death in the country especially in rural areas. The project will target Mwimbi and Kirando health centres located in Kalambo and Nkasi districts, both in Rukwa region. The National target is to have at least 50% of Health centres in the country provide life saving services to pregnant mothers with complications that entails ability to provide surgical intervention (caesarean section), safe blood and essential medications- well known as the Comprehensive Emergency Obstetric New-born Care (CEMONC)

“These health centres  the major bottleneck is limited medical equipments for carrying surgical operations, and an average number of 50 patients who require operation are transferred to other hospitals every month for the reason of insufficient medical equipment amongst other reasons.Therefore, the Government of Japan has decided to provide the grant up to 62,582USD, approximately 139 million Tanzania Shillings in order to install medical equipment to enable operation at Kirando and Mwimbi Health Centres.”  said His Excellency Ambassador Mr. Shinichi Goto during the signing ceremony. Speaking during the Ceremony the CEO of Mkapa Foundation, Dr Ellen.M.Senkoro said the Foundation recognizes the unique efforts made by the 5th phase Government of Tanzania of upgrading more than 237 health centres with newly constructed operating theatres countrywide. Thus as a trusted partner in health, the Foundation is indebted to leverage resources from other development partners, well-wishers and friends to complements these efforts by ensuring availability of equipment and human resources in those facilities so as to further save lives of mothers and children.

“It is our great pleasure to have the Japan Embassy accept our request to complement the Government efforts, whereas Japan Embassy will now contribute 62,583 USD that will purchase two Universal Anaesthetic Machine (UAM), Theatre Tables, Operating Lamps, Oxygen machine, Autoclave and Suction machines for the theatres in Kirando and Mwimbi Health Centres. The support will improve efficiency in conducting surgeries as well as address all challenges that were faced before, such as handing of cases where there is sudden power cuts, since the UAM machines is well designed in such settings”. said Dr. Ellen Mkondya-Senkoro, Chief Executive Officer of Mkapa Foundation.

The use of the UAM machine in health centres of Tanzania is an extended technical partnership between the Mkapa Foundation and the Gradian Health Systems, whereas the latter innovated this machine for anaesthesia, which does not necessarily require electricity to operate, thus being more suitable for rural settings health facilities. His Excellency The Ambassador of Japan in Tanzania, Mr Shinichi Goto in seated in the middle with Dr. Adeline Kimambo Vice Chairperson of the Board of Trustees (BMF) and other representatives from Mkapa Foundation and The Rukwa Region and related Councils representatives

This is second time whereby the Benjamin Mkapa Foundation is entering into an agreement on strategic cooperation with the Government of Japan to jointly complement the Government of Tanzania development goals that is well guided in the National Health Sector Strategic Plan IV, as well as in the National One Plan II to Improve Reproductive, Maternal, Newborn, Child & Adolescent Health in Tanzania (2016 – 2020).

BMF is delighted and pleased to sustain this partnership with the Japan Embassy and wishes to reaffirm the trust and commitment in ensuring the financial support received, will be effectively and efficiently utilised for the intended purpose, and in alignment to the signed agreement. 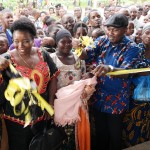 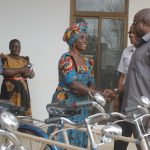 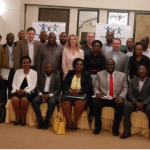