Tanzania like many other countries is embarking on health financing and Primary Health Care (PHC) reforms that will have important implications for progress towards Universe Health Coverage (UHC).

To begin with, the Government of Tanzania is developing a new health financing strategy to enable access to financial protection, as well as affordable and cost-effective quality health care.

This was said by the Deputy Minister of Health, Community Development, Gender, Elderly and Children Dr Faustine Ndugulile when he delivered his speech during the Health Symposium organized by Benjamin Mkapa Foundation (BMF) on October 1, 2019 in Dar es Salaam whereby the stakeholders discussed various issues related to health sector.

“Despite all the successes that Tanzania as a nation has so far achieved, there are challenges that need to be addressed include increasing Out-Of-Pocket expenses in healthcare,” said the minister.

The minister acknowledged that the expenses are attributable to low health insurance coverage in Tanzania, however, he noted that the government is developing a new single National Health Insurance scheme with the goal of reducing Out-Of-Pocket expenditure.

Furthermore, in improving financial management as an avenue towards greater efficiency and effectiveness of healthcare service delivery, the Direct Health Facility Financing (DHFF) system has been rolled out nationwide across the Primary Health care facilities, according to the Minister.

The minister also disclosed that rural-urban migration is another challenge facing the sector, citing that the situation has impact on the health systems and structures.
With a population of estimated 55.9 million, Tanzania total expenditure on health per capital is estimated at 7 percent of the nation’s Gross Domestic Product (GDP).

The increased population estimated to be 89 million in 2035, economic transitioning and rural- urban migration has impact on the health systems and will continue to exhaust the health system.

According to the National Health Insurance Fund (NHIF), 65 per cent of the Tanzanian population doesn’t have access to the quality health services in the country because they have are not enrolled on health insurance schemes.

NHIF’s Director General Dr Bernard Konga during the panel sessions held at the Symposium asserted that people remain uncovered because the current system doesn’t declare the health insurance as mandatory.

“It is high time to make health insurance mandatory rather than optional for Tanzania to achieve the UHC,” said Dr Bernard.

However, the DG said NHIF has embarked on comprehensive strategies to improve the health insurance coverage in Tanzania, targeting both formal and informal sector players.

BMF’s Chief Executive Officer Dr Ellen Mkondya-Senkoro during the Symposium reiterated BMF’s commitment to apply strategic interventions to address programmatic dimensions including the limitation in financing and technical support that hinders access and quality of health services and functionality of health facilities. 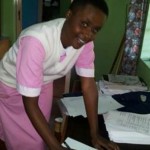 Providing Sponsorship As A Deliberate Step To Curb The Shortage Of Health Workers In Tanzania.
Comments are Off