In the beginning when the Mkapa Foundation started in 2006, The Late Benjamin William Mkapa focused on building strong pillar of good governance, which ensured structure and processes for decision making, accountability, control and behaviour at the top of the Foundation is in place, to influence setting up and achieving  the Institutional objectives,  monitor risk and ensure performance is optimised.

The governance systems and structure of the Institution ensured his vision is realised and it also sustained efforts in reaching the underserved.

Through his visionary and patriotic leadership principles and philosophy, the Settlor of the Foundation, His Excellency Mkapa played an active oversight role in a “eyes on, hands off” leadership style. He was supported by the appointed multi-disciplinary and experienced Board of Trustees, during different tenures, as defined in the Institutional legal frameworks.

The first Chair of the Board of Trustees was Hon. Dr. Hussein Ali Hassan Mwinyi who led for two terms, followed by Major General Herman Lupogo (Late), Ambassador Charles Sanga and now the current chair of the Board is Dr. Adeline Kimambo.

The Governance function ensured Mkapa Foundation’s stakeholders’ confidence is preserved and strengthened, high Institutional performance and it has appropriately placed the Foundation to respond to the changing external environment efficiently and effectively.

His Dedication and Oversight has driven the Foundation into being a strategic and trusted local institution that ensured resilient, alignment and integration of its programs, for Institutional continuous growth and sustainability.

That’s why, in 14 years since its inception, The Benjamin William Mkapa Foundation has reached million Tanzanians through its various initiatives that focus on strengthening the health systems and service delivery.

It thus gives us enough reason to celebrate his life, as his legacy on the bringing Hope to the underserved people will live on.

The BMF team promises and remain committed to keep his vision alive with every step we take for a better future. 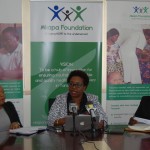 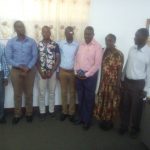 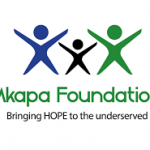