The Benjamin William Mkapa Foundation is a Trust and non-profit making Institution, established and incorporated under the Trustees Incorporation Ordinance, CAP 375.

Officially registered on 13th April 2006, the Foundation aims to supplement and complement the development efforts of the Government of the United Republic of Tanzania. 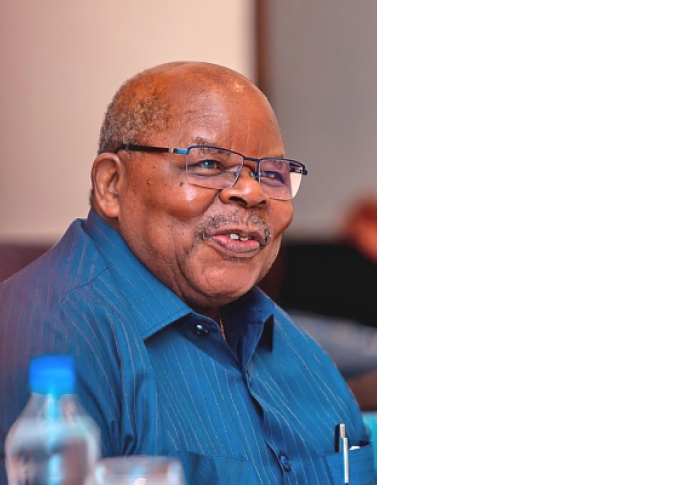 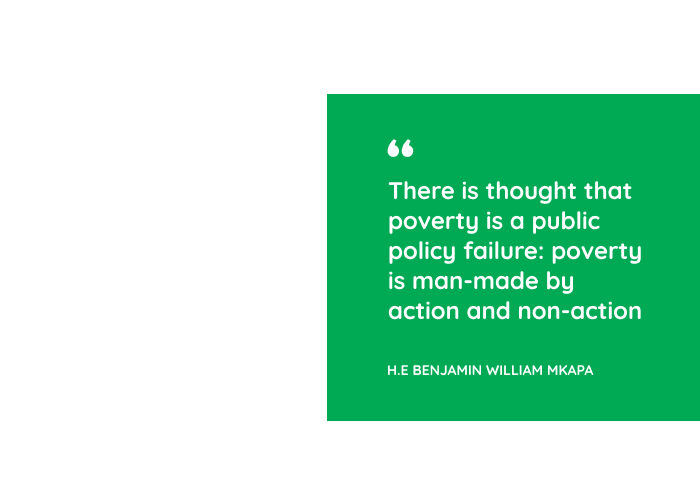 Healthy lives and well-being for all, in Tanzania and the rest of Africa

Excellence: We strive for the highest technical and professional standards; celebrate innovation, learning and service.

Innovation: We strive to be proactive; creative and committed to continuous improvement.

Integrity: We are committed to professional ethics, transparency, impartiality responsibility and accountability in our actions.

Equity: We ensure non-discrimination, inclusion and fairness, in all dealings of the foundation.

Collaboration: We foster and believe in diversity, unique contribution of our employees and partners through 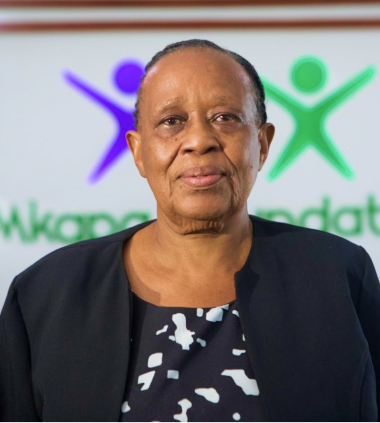 Message from the BMF's Chair of the Board of Trustees

BMF continues to appreciate the legacy left behind by the Late President Benjamin William Mkapa, who was a visionary leader and an institutionalist with outstanding accomplishments. He served his country Tanzania and the continent honorably during his time in office and upon his retirement, that transformed the economy and lives of the society.Regionally, he championed the HIV/AIDS Free Generation alongside like-minded Former Presidents and globally, he was known to be the voice of the South, and an ardent advocate of inclusive globalization. After retirement, President Mkapa carried further his passion for equity and inclusion and through BMF, he pioneered for the right to quality health services for the poor, marginalized and underserved communities.

It is for this reason, the Foundation is determined to preserve and sustain the legacy and contribution of the Late His Excellency President Benjamin William Mkapa for the purpose of enlightening and inspiring the current and future generation of leaders in Tanzania and beyond.

The Foundation will thus be hosting the “The Benjamin William Mkapa Legacy Month” in July 2021 that will engage various stakeholders, including the global and national leaders in a Symposium that will be held at the Mlimani City Conference Centre, on 14th July 2021 in Dar Es Salaam, Tanzania. It is on this ground that we hope you will continue to join us on this planned memorable event. We pledge to continue to build on his dream, vision and sustain this Foundation to greater heights, to grow in strength, reach and impact health for all in Tanzania and Africa.

He was a man known to many for many things and his vision to establish the Foundation was accelerated by his strong belief which he lived for on self-sustainable economy, while embracing globalization customized lessons and best practices in an innovative manner. From these principles this Home-grown Foundation was established. In Tanzania specifically, he will also be remembered among many other registered achievements for the role he played in the introduction of the privatisation policy and pursue for free market policies, economic recovery programs that brought about tremendous results in the country’s economy, liberalization of the telecommunications sector, his invested efforts in fighting the war against corruption, freezing political disputes in Africa including the Kenyan post-election conflict in 2007 and the 201 referendum in south Sudan and his unique passion for the health sector where he spearheaded a number of reforms during his time as President. It was this same passion that led him to start a Foundation in health barely six months after his retirement.

Once again Mkapa Foundation wishes to reaffirm its commitment to continue working with the Government, Development Partners, Private Sector, Civil Society Organizations and the community themselves, towards bringing hope to the underserved. 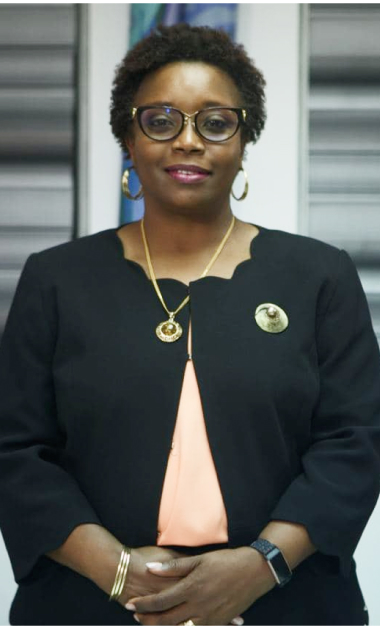 This year is special to BMF as our major milestones of 15 years were made possible through not only the partnerships and the highly committed leadership of the Board and Management and the talented team of BMF, but most importantly by the vision of our Founder – H.E. (Late) Benjamin William Mkapa. Through his vision our Institution has been trusted by the Government and Development partners in designing and implementing more than 20 health projects across the country that has impacted directly and indirectly about 14 million people.

With pride and joy, we have been able to raise the national profile on the need to pay more attention on human capital investment within the health sector, through innovative HRH initiatives as well as Community and Service Delivery health systems.That said, BMF anxiously looks forward to having you join us in commemorating the one-year anniversary since the demise of our Founder – H.E. (Late) Benjamin William Mkapa in July 2021. We will celebrate his life and unique legacy left behind in this nation, global society and generations to come.

The Foundation will be coordinating and hosting the Benjamin William Mkapa Legacy Month with variety of activities including carrying community-based activities on enhancing Reproductive, Maternal and Newborn health care, COVID-19 response and TB/HIV services.

We will further undertake different mass media programs on reflecting on HE. Mkapa philosophies and vision as a true nationalist and African leader, which was further translated into establishing the Mkapa Foundation to reach the underprivileged with better health care, after his retirement as a President.

On the same vein, BMF will collaborate with the Government of Tanzania in hosting a high-level Symposium that will be held at the Mlimani City Conference Centre, Dar Es Salaam on 14th July 2021. The symposium will be attended by Global and National leaders, Diplomatic Community, Private Sector, Civil Societies and family and friends of His Excellency Mkapa The forum will be graced by H.E. President Samia Suluhu Hassan, President of the United Republic of Tanzania, as the Guest of Honor

The theme of the Symposium will be “President Benjamin Mkapa: A Year After, Celebrating His Life, Living His Legacy” which aims to contribute towards advancing the agenda and realization of “Health for All” (Universal Health Coverage) in Tanzania and the African region as well as support the sustainability of the legacy of H.E. Late Mkapa through the BMF Endowment Fund.