The Government’s drive to improve community-based health services has got a huge boost from Benjamin Mkapa Foundation (BMF) as it has deployed a total of 194 Community Health Workers (CHWs) for Newala and Nanyamba Town Councils in Mtwara region.

Through one of the Foundation’s Project supported by the United Nations Children’s Fund (UNICEF), implemented in collaboration with the Ministry of Health, Community Development, Gender, Elderly and Children together with the President’s Office, Regional Administration and Local Government (PORALG), focus is put on maternal, child, adolescents, nutrition health services, preparedness and response to outbreaks and community health care workers’ engagement, including enhancement of sustainable community health supervisory structures.

The implementation started by the orientation of key officials and CHWs supervisors on National Community-Based Health Program (CBHP) Policy Guidelines in Newala and Nanyamba town councils. This was done under a motive of supporting the effective roll out and supervision of CHWs, which was followed by the selection of the personnel at the community level, deployment and training of the selected ones.

Through the project, a total of 194 CHWs were supported and placed in 135 villages and 20 streets of Newala and Nanyamba town councils, where one community health worker was placed per village, with the exception of 39 hard-to-reach villages that received two of them.

To ensure access of health services, especially to the unreached population BMF in collaboration with the Government conducted community outreach in 33 wards of Newala and Nanyamba.

So far, the outreach program in Newala Town Council has reached a total of 273 pregnant women, who attended the antenatal Care (ANC), 3,418 children who participated in the Reproductive and Child Health (RCH) as well as 1,010 people who received Covid-19 vaccine. Moreover, 229 children were immunized, 265 people tested HIV status whereas 267 others received family planning services during the outreach program.

The scope of the outreach also included the provision of integrated health care services that received positive feedback, with players and community members commending BMF for bringing the project in their communities.

“We are glad to have this project in Newala, it is so useful, its effective implementation guarantees improvement of health status for all in our surrounding communities and villages,” said Ms. Eligia Makwinya, a nurse at Newala Town Council Hospital.

Ms. Makwinya who was speaking on behalf of the District Medical Officer (DMO), Dr. Joseph Foma, called for continuation of the program, noting that it has a crucial role to play in promoting and protecting the health of the people, especially in the hard-to-reach areas.

“Most of the people have benefited from this project. In the past, they had limited knowledge on health related issues, but deployment of CHWs and the time to time follow-up by BMF in collaboration with the Ministry of Health and POLARG, we are seeing the improvements,” she said.

Her comments were equally supported by a resident of Mkoma 1 village, Ms. Tabana Bandope who said the training, among other things, has enabled her to advance her skills on preparation of nutritious food for the family.

“A lot of activities have been done during this program; we have been trained on different issues that are to be considered on improving our health,” she said.

Adding, “In the past I was serving my kids with plain porridge knowingly that it was nutritious, nevertheless it was not, but with this community outreach program I have been provided with relevant skills that I needed.”

For their part, CHWs undertaking the project have expressed their commitment to continue imparting knowledge to the community since they are passionate about serving the community on improving their health.

“Even after completion of the project, we shall continue educating villagers on the scientific means and recommended ways to promote health in all groups,” said Shawari Kaisi, one of the deployed CHWs. 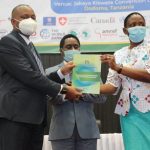 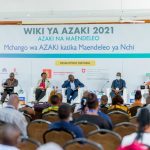 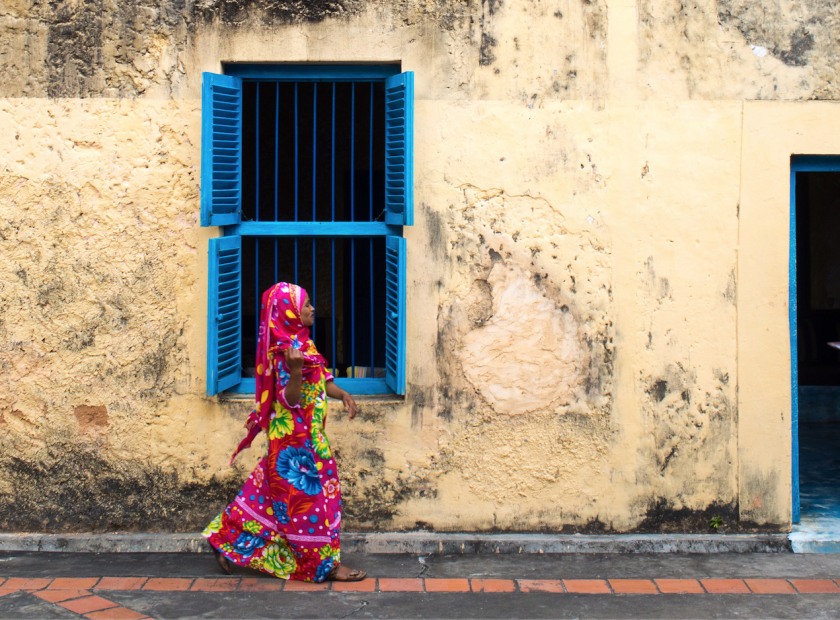