There is a wise saying “charity begin at home”, the statement has been utilized by the Benjamin W. Mkapa Foundation as they donated a brand new standby generator to Kawe dispensary in a ceremony which was held on 11th October 2016 at Kawe dispensary premises in Kinondoni municipal in Dar es Salaam. The generator was handed over as part of Foundation’s commitments to support provision of better health services in Kawe community of which BMF headquarter office is located.

Kinondoni Ward Councilor, Hon. Mutta Lwakatare cutting a ribbon to officiate the handing over of a standby generator, on his right is Dr. Adeline Saguti – Program Manager Health Service Delivery at BMF.

This small event was graced by Kinondoni ward Councilor Hon. Mutta Lwakatare was the guest of honor, whom was accompanied by various representatives from Kinondoni Municipal Council, Kawe Street and Mkapa Foundation. Speaking at the event Hon. Mutta Lwakatare thanked BMF for fulfilling their commitment to support the Kawe community by improving provision of health services. He continues that power problems is common especially in developing countries hence having a standby alternative source of power supply is very crucial especially within the health facilities.

He further urged the management of Kawe dispensary and Kinondoni Municipal Council for proper utilization for the generator and also to allocate budget for maintenance including regular servicing it, so as to serve the intended purposes for a sustainable long period of time.

“The generator has arrived at the right time as we are planning to expand the provision of the services including construction of a maternity ward building. Also it will support to improve the efficiency of 24 labour delivery services that is provided at the dispensary” said Dr. Jacquiline.

Speaking on behalf of BMF, Dr. Adeline Saguti – Program Manager Health Service Delivery said that, this generator has been donated as part of the commitment made between the Foundation and Kawe Mzimuni street for supporting the Kawe community with an ambulance and standby generator. Today we are delighted to hand over a standby generator with a capacity of 25 KVA, worth USD 11,800 (equivalent to Tshs 26,998,400) which has been supplied by Gucbir Generators Limited.

“It is our hope that the generator will support in provision of service mainly emergency services such as pregnant deliveries and other health related services” clarified Dr. Adeline Saguti. 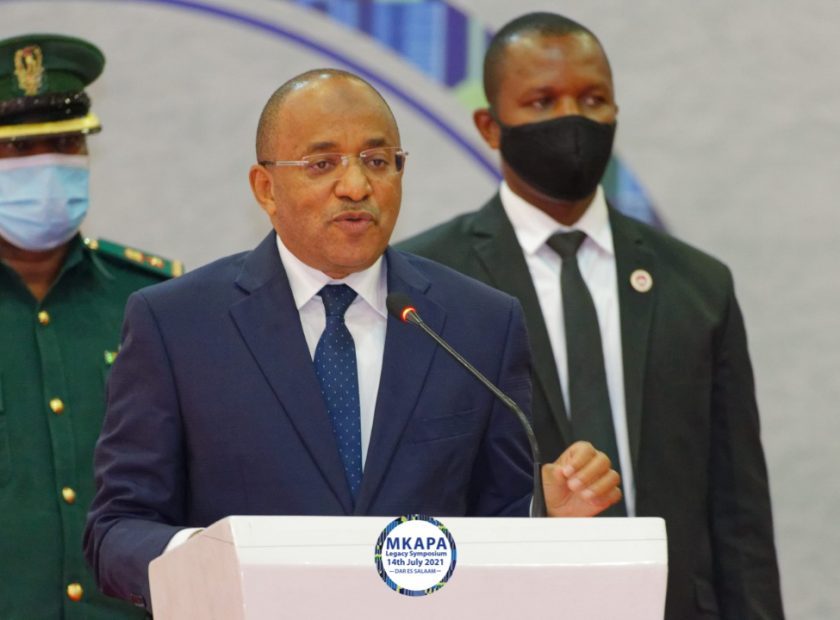