In a bid to get more people to test for HIV, Benjamin Mkapa Foundation (BMF) will soon embark on a massive Combination Prevention Campaign (CPC) in Arusha, Manyara, Tanga and Mtwara regions.

The campaign follows the launch of the TB/HIV Global Fund supported Programme aiming at increasing coverage of HIV/AIDS services in general and sub population and ensuring that by 2020: 90% of PLHIVs know their status; 90% of diagnosed are on ART and 90% of those on-ART attain sustainable viral suppression.

The Programme also aims at reducing the TB epidemic and burden by 20% in incidence rate and 35% in deaths by 2020.

Dr. Happiness said the campaign that entails media houses engagement in its promotion will orient media people on the promotion of the campaign. It will also produce a documentary and spots with the emphasis on ‘test and treat’ messages to be aired at campaign sites, health facilities, TV stations and community radios.

She said combination prevention outreach services including HIV testing in targeted areas will also be conducted. “We will train personnel responsible for training and supporting Point of Care HIV Testing (POCT) certification.”

She said BMF with its collaborators will creatively ensure behavioural, biomedical and structural mix in CPC.  “We will conduct targeted, index, extended moonlight HIV testing and continual post CPC testing through Non Health Counsellors,” she emphasized.

Launching the TB/HIV Programme Deputy Minister for Health, Community Development, Gender, the Elderly and Children, Dr. Faustine Ndugulile, called grant recipients to effectively, efficiently and creatively implement the Programme to realize evidence-based results. “You have been given resources, make good use of it for the benefits of Tanzanians,” he said.

Dr. Ndugulile also asked stakeholders to have one reporting mechanism on HIV, AIDS and TB issues so as to have consistent data. “There are discrepancies on data available in the country. For better Programmes planning and implementation, let us have harmonized data,” he emphasized.

On his part the UNAIDS representative said for decades HIV, AIDS and TB has remained unfinished business so it has to be worked on thoroughly.  “There are 400,000 PLHIVs with no access to ARVs while 64 percent of TB patients are not diagnosed, not registered and not treated. That is why I say there is unfinished business to be dealt with.”

“I also encourage the country for the sustainability of HIV and AIDS services to gradually increase local resources instead of depending on outside donors. Let’s ask ourselves what will happen if PEPFAR or Global Fund shift priorities from HIV to something else today, what will happen to those on ARVs?”

AMREF Health Africa Tanzania, principle recipient of the Global Fund Programme, reminded sub recipients; BMF, MDH, TAYOA and THPS without compromising quality of their work to fast track Programme activities as they have only seven months to meet the targets set for the whole first year.

“The activities were to start in January this year but due to procedural issues there was a delay in disbursement of funds, but all the same targets for year one have to be met by this December,” emphasized AMREF Tanzania Country Director, Dr. Florence Temu. 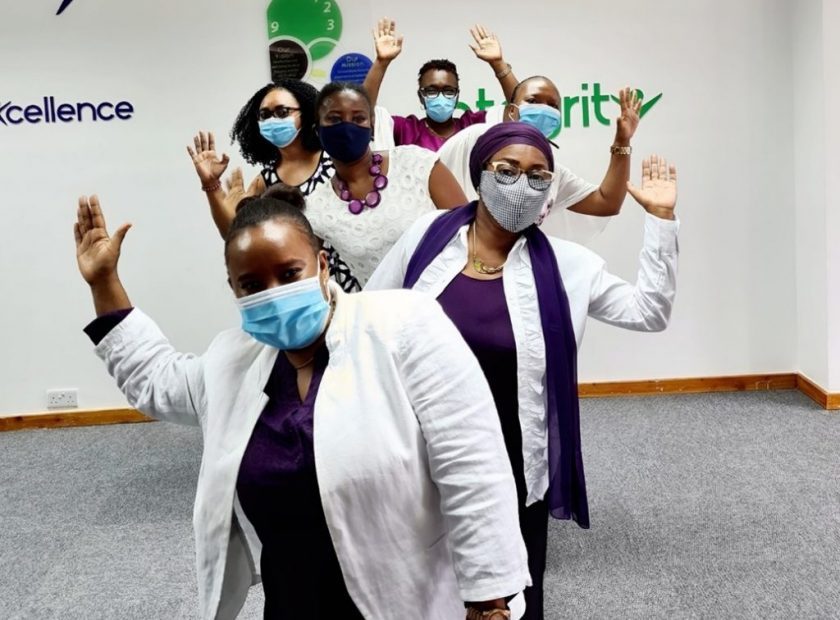