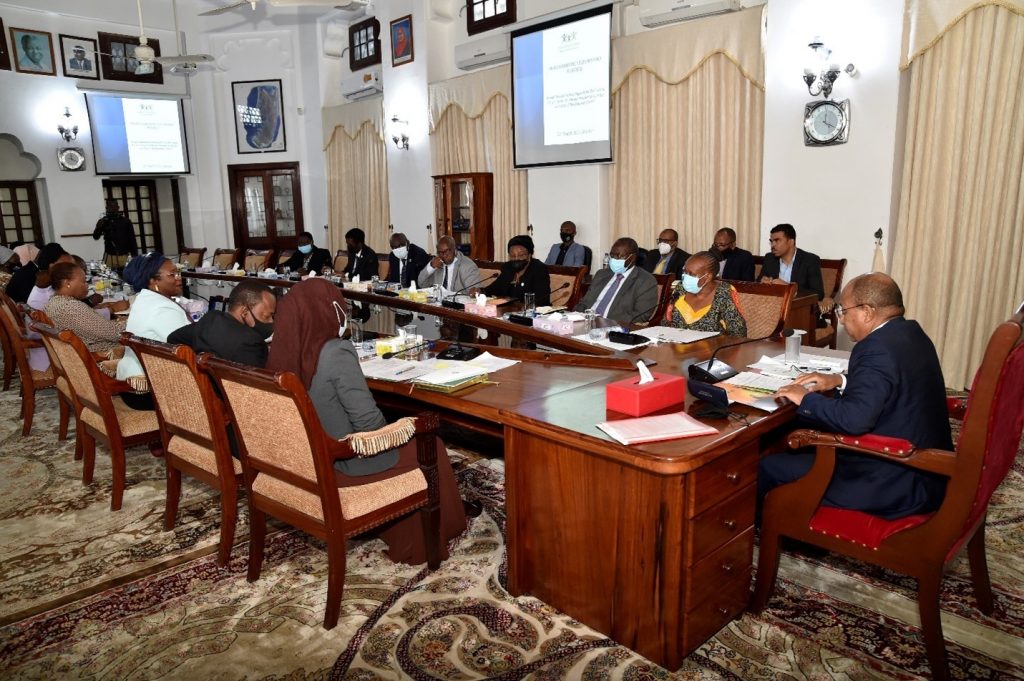 The 12th Annual consultative meeting between the Benjamin William Mkapa Foundation Settlor, Board of Trustees and Senior Management Team was held on the 23rd March 2022 at the Zanzibar State House.

The BMF Settlor who is currently the President of Zanzibar and Chairman of the Revolutionary Council, H.E. Dr. Hussein Ali Mwinyi, welcomed the BMF Board Members and Senior Management Team to the Zanzibar State House. The Board of Trustees Chairperson expressed sincere gratitude to the President for accepting to be Settlor of the Mkapa Foundation effectively 14th December 2021.

Among the key things discussed during the consultative meeting was the Endowment Fund which was officially launched in July 2021 with a target of reaching Thirty-Three Billion Tanzanian Shillings (TZS 33billion) by end of Financial Year 2025/26 through an established resource mobilization taskforce. The Settlor stated that Zanzibar would proceed towards honoring their Endowment Fund pledge.

The Mkapa Foundation will soon be commemorating 16 years of existence this April 2022 and the Foundation CEO Dr. Ellen Senkoro explained how through this journey BMF has been able to build and sustain Trusted Partnership with the Government of Tanzania in advancing health sector strategic goals towards Universal Health Coverage.

As far as business development strategies generation is concerned, the CEO informed the Settlor that the Foundation is engaged with Government, Grants, Corporate, Investments and Consultancy for the sustainability and the Government awarded Grants in aid that is provided as an annual subvention. It was further explained that Multilateral and bilateral agencies were also strategically included as well as Direct partnerships with Private Sector, CSO’s, NGO’s, Research Institutions/Academia

It also impressed the Settlor that BMF has reached 22 out of 26 regions in Tanzania Mainland 5 regions in Islands remarkably with construction and rehabilitation of facilities as well as deployment of 4159 Health Care Worker’s of different cadres and 5,882 Community Health Workers. The Settlor being a Medical Doctor himself was able to appreciate the magnitude of  work the Foundation is doing and how at these trying times, millions were reached through supported Community Based Health Interventions including emergency response initiatives on COVID-19.

The Annual Consultative Meeting ended on a positive way forward pledging leveraged continuing support from the Board of Trustees for long-term sustainability realization, particularly the Endowment Fund as well as enhancement of strategic partnerships with the Government highlighting comparative advantage and niche of BMF on HRH Planning and Management, HR Performance Management systems strengthening, health infrastructure development, Community based integrative programs and systems strengthening.

The Mkapa Legacy Initiative takes place in July of this year and BMF will be working hard with the Revolutionary Government of Zanzibar to make it happen.

The meeting concluded the opportunity window calling for further reinforcement of the BMF Business development strategy by ensuring effective linkages of its social capital arm (The Imara Horizon Company), BMF Endowment Fund, Mkapa Legacy and other business growth strategies which will also consider BMF vision of reaching out beyond Tanzanian borders. 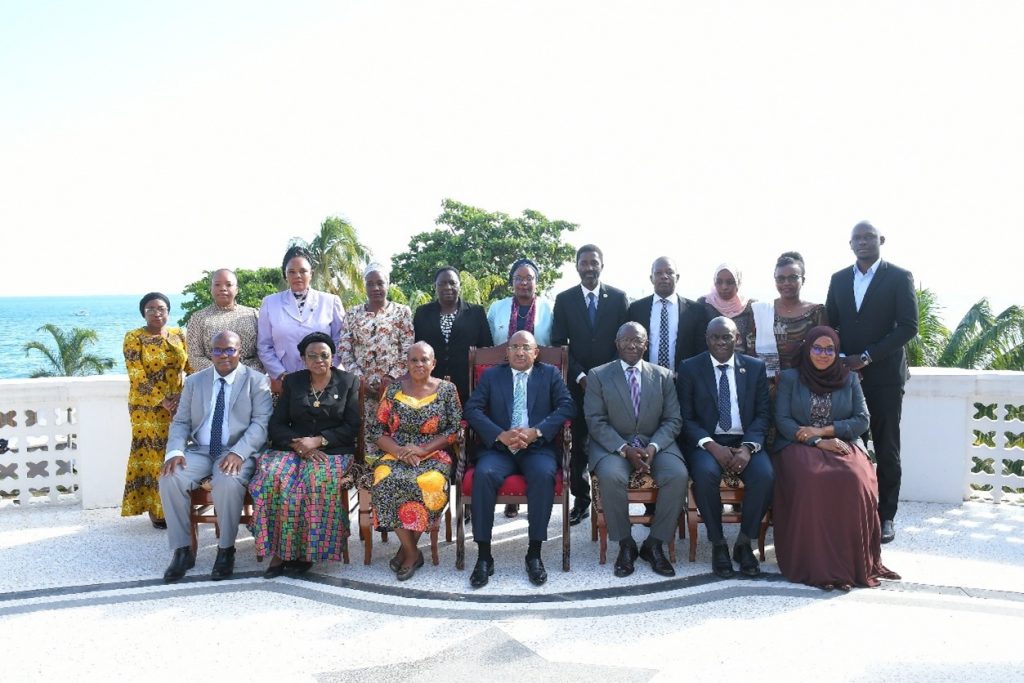 Community at the Heart of COVID-19 Prevention Efforts, Delivery of Essential Health Services.April 5, 2022