The Benjamin W. Mkapa Foundation (BMF) was among the many partners that signed a Co-operation Partnership Commitment (Code of Conduct) with the Government, Development Partners and other non-state actors in support of the National Health Policy and its implementation through five-year Health Sector Strategic Plan (2015 -2020). This Co-operation Partnership Commitment which is led by the Government of Tanzania is part of the initiatives to ensure the development of health sector.

The signing of the agreement took place on 20th March 2016, at the Ministry of Health offices in Dar es Salaam and involve heads of the Government entities such as the Ministries of Health Community Development, Gender, Elderly and Children; President’s Office Local Government and Regional Authority, Ministry of Finance and Planning. Others involved are the, Development Partners (including bilateral and multilateral partners), Cooperating Partners and Implementing Partners that includes Faith Based Organizations, Non-Government Organizations, Private Enterprises and other institutions.

This code of conduct which will guide the Tanzania Health Sector Wide Approaches (SWAps) is to be adhered by all parties involved. It is governed by core principles and to mention a few includes openness, transparency and mutual respect; National Ownership, Accountable Governance, Mutual Accountability, Sustainability, Managing for Results, Strengthening national capacity, Strengthening equity, Respect for human rights and many other principles.

Dr. Ellen Mkondya-Senkoro, CEO of BMF signing the code of conduct to commit The Benjamin W. Mkapa Foundation into cooperation partnership for Health SWAp at the Ministry of Health Offices in Dar es Salaam.

“The Mkapa Foundation remains committed to continue working in partnership with the Government of Tanzania and all other partners. We will ensure that we adhere to the code of conduct described in the today’s signed agreement and we hope each one of us will respect and practise as much as possible the core principles set in the agreement”, said Dr. Ellen the CEO of Mkapa Foundation

This code of conduct that was signed does not constitute a legal binding instrument but it reflects the commitment of all parties working in the health sector and it encourages adherence to the core principles towards sustainable achievement in the health sector.

“TOGETHER WE HAVE MADE IT”April 20, 2016
THE FOUNDATION EMBARKS INTO A NEW TB/HIV PROJECT WITH SAVE THE CHILDRENMay 9, 2016 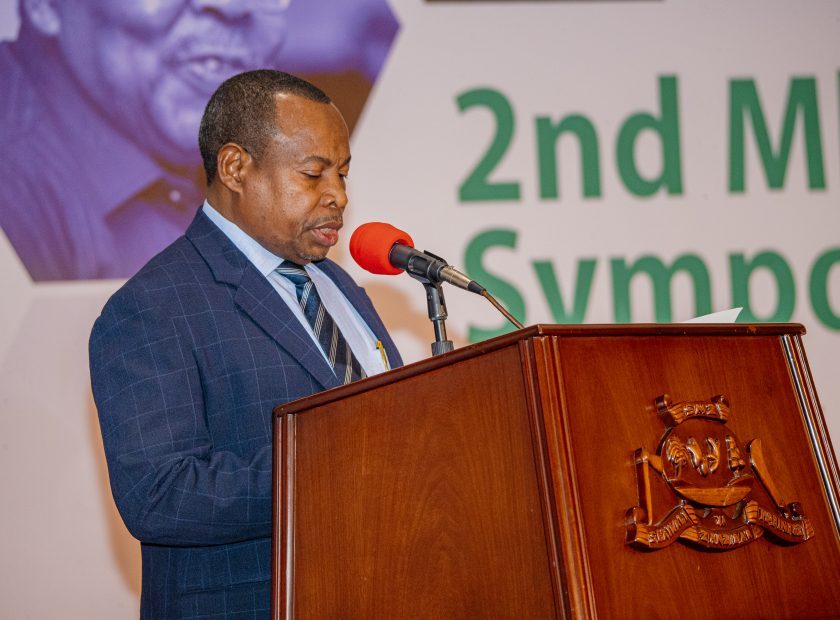