Providing Sponsorship As A Deliberate Step To Curb The Shortage Of Health Workers In Tanzania.

In its on-going efforts to ensure reliable and accessible health services to Tanzanians living in remote areas, Benjamin William Mkapa  Foundation (BMF) in collaboration with the Government of Tanzania sustained its devotion to turn down the perennial shortage of health workers, especially in rural underserved areas of the country.  Among the measures schemed in efforts to push away the stretching shortage of health professionals in rural areas, education sponsorship schemes for the health related trainings was introduced under the initiative named ‘Health System Strengthening (HSS) Project’  which is funded by the Global Fund to fight AIDS, Tuberculosis and Malaria (GFATM)– Round 9

Since this program started in year 2012, a total of 995 students have been granted scholarship. Out of these 888 students were sponsored in November 2014 to join 93 health training institutions and the remaining 107 were sponsored in year 2012 in 17 training institutions. The initiative sponsored students studying on Allied health and Nursing studies, both certificate and diploma courses. The first round students were sponsored on certificate and diploma courses for clinical Medicine, laboratory, Nursing and pharmaceutical trainings, as well as in the second round which benefited 888 students. The selection process of the students has been well coordinated with the National Council for Technical Education (NACTE) and the Ministry of Health and Social Welfare with the collaborative role from BMF and the Local Government Authorities.

One of the beneficiaries, Eric Godfrey Mwaipungu 27 who was among the 107 students sponsored during the first phase, is now pursuing his diploma in Nursing at Tanga School of Nursing. After studies, he is expected to work with Ulanga district of Morogoro region. Eric say that the program brought back his hopes of a better living standards after suffering a misfortune  of missing a chance to join a public University, despite promising secondary education pass marks.

In his response to BMF officials who sought to know how the nursing students perceived the program at the training institutions recently, Eric said he was impressed by the program, saying it realised his dream of becoming a professional health expert. He also stressed that that more awareness and advocacy campaigns are highly needed among the youth in rural areas, to sensitise them to opt for health related courses and work in rural areas.

31 Tutors Trained By Mkapa Foundation To Reinforce Production Of Health Workers In TanzaniaSeptember 27, 2015 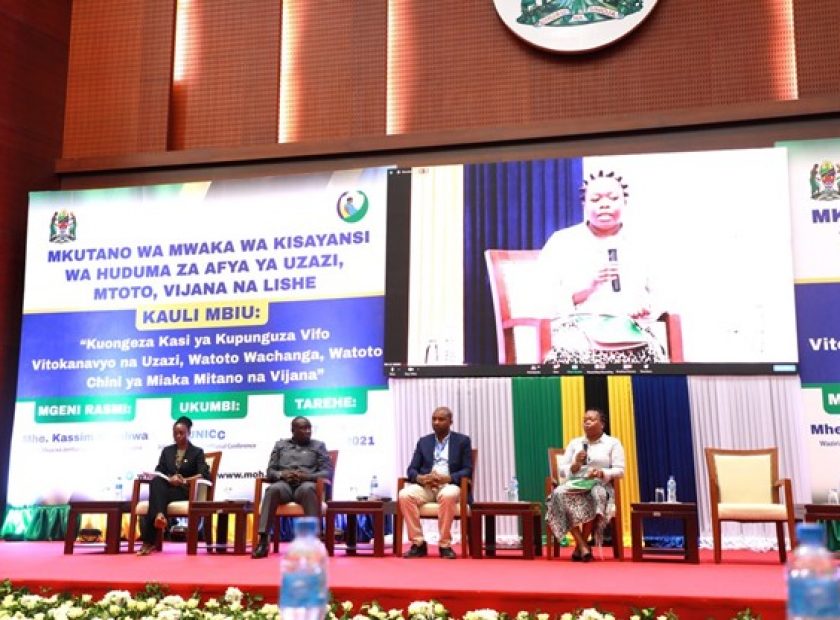