It is estimated 8,000 women die every year during child birth and there is increased newborn deaths within Tanzania. The situation is attributed by the wide spread Human Resource for Health shortage estimated at 68%, which also contributes to only 47% of mothers delivering at the health facilities. (Tanzania Demographic Health Survey- 2004/5).

In attending to the above situation, the Benjamin William Mkapa HIV/AIDS Foundation (BMAF) initiated in 2009 a project which aims at improving lives of pregnant mothers and their newborns residing in Singida region. The project famously known as Saving Lives of Mothers and Infants ( Okoa Maisha ya Mama na Mtoto – in Swahili) completed its first phase in June 2010 after undertaking interventions for 18 months.

The initiative is implemented in partnership with the Ministry of Health and Social Welfare (MOHSW) and the regional and districts teams of Singida and Iramba district councils. World Lung Foundation financially supports the project with Ifakara Health Institute being the administrator of the grant on behalf of WLF.
It is the two rural Health centers of Ikungi and Ndago from Singida Rural and Iramba District Councils respectively, that benefited from this first phase of the project to enable them improve quality of Emergency Obstetric Care (EMOC) services. 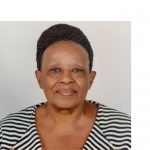