On 24th June 2021, Mkapa Foundation joined other Tanzanians to commemorate the first anniversary since the death of H.E The Late Benjamin William Mkapa who was Tanzania’s 3rd President, Founder and Settlor of the Mkapa Foundation.

The memorial service was held at his home in Lupaso village, Masasi District of Mtwara Region. The Mkapa Foundation team was led by Dr. Adeline Kimambo, Chair of Mkapa Foundation’s Board of Trustees. Others in attendance from the Foundation were Ms. Jane Malisa – Director of Finance and Grants, Mr. Obedi Mrita – Head of Operations Support Services Unit and Ms. Salma Yusuf – Personal Assistant to the Chief Executive Officer. 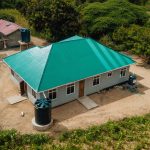 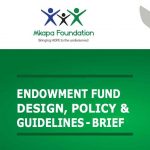 Growing up Under the Wings of a Giant: My Reflection on the Person of H.E. Benjamin William Mkapa as Self-Reliant, Masterful Mentor and an Unapologetic Institutionalist.

How the Newspapers Molded Ben Mkapa for The Presidency