[Chemba] On the midnight of February 21st, Ms. Mwanahamisi Juma (37) heard a loud knock at the door from her house in Moto village, Chemba District, Dodoma. Men and women had come to her house in haste.

Being a Village Executive Officer (VEO), she wasn’t surprised that people from her community could throng her home in the night. Her job entails listening to people’s concerns. However, she says, that day’s incident was more worrying. Today, as Mwanahamisi narrates the story, memories of what happened still linger in her memories, months on. On the fateful night, she says, “People who came to my house told me that a pregnant woman had been in labour pains, that started since morning…she delivered at home but she was in bad condition. They wanted assistance on how to get a vehicle to transport the woman to a hospital for emergency care.” “…the woman later died….but this shouldn’t have happened,” says Mwanahamisi.

She recalled the sad incident on the day when 35 village leaders, 15 ward councillor’s, Community Health Workers (CHWs) as well as clinical officers of Chemba District convened a task force meeting to discuss how a CHWs Project, run by Benjamin Mkapa Foundation (BMF), could help them tackle health challenges.

Over a year ago, BMF in collaboration with the government deployed CHWs, under the 2018 to 2022 project dubbed: Mkapa Fellows III. The CHWs are touted as the health cadre that could revolutionize primary healthcare in Chemba.

Mwanahamisi, together with other local leaders, held the meeting—top on the agenda was: how to bring down cases maternal and child deaths in the district, improving nutrition among children and increasing the uptake of HIV/Aids services as well as encouraging people to enroll in health insurance schemes.

During the meeting, ward councillors were keen on raising key challenges that villagers face, such as inadequate access to improved Community Health Fund (CHF) services in terms of its quality, funding and registration for membership.

“This is a moment to plan on how to ensure such health services we are receiving through Community Health Workers, will still be available even after the Mkapa Foundation project has ended,’’ remarked Kidunda Hussein, councillor for Mundu

“In my area, CHWs would wish to get reliable transport means to reach to as many households as possible. They need better and user-friendly bicycles. We hope the government and stakeholders will work on this one,’’ remarks Hussein.

In attendance were government officials from the Ministry of Health, Community Development, and Gender, Elderly and Children and those from the President’s Office (Regional Administration and Local Governments).

When Mwanahamisi was allowed to stand up and address the gathering through sharing experiences, she recalled the story from her village, saying the death of the pregnant woman has left lessons to the community.

CHWs are using the scenario to intensify awareness promotion among residents, emphasizing on why men must accompany their spouses to antenatal clinics and get more involved.

And, for Mwanahamisi, male involvement in antenatal services could further play a bigger role in boosting maternal health. “When a man accompanies his pregnant wife to the clinic, he can  learn how to detect danger signs related to pregnancy and help his wife in making better decisions,’’ says Mwanahamisi.

She further raises the curtain on the story of a pregnant woman who died in her village, saying, “That day, when labour pains begun, she was in the farm with her husband…It was her 8th pregnancy…when she complained of pains, the husband simply told her to go home and rest,’’ she narrates.

“Little did the husband know that the date of delivery had come and that his wife needed close attention? It was only hours later when the husband was informed by neighbors that her wife’s condition had become worse. After several hours of trying and failing to help her deliver, that’s when the pregnant woman was rushed to Moto Dispensary.” “I am informed that she attempted to deliver at home, assisted by neighbors and her husband. By the time she was brought to us, she had lost a lot of blood. After resuscitation, we referred her to the hospital. But she died on the way and her newborn baby didn’t survive,’’ says Ms Joel.

The incident captured the attention the Ministry of Health’s CHWs Coordinator Dr Shaba Kilasi who was in attendance.  “We should not wish for another scenario like this…what we are seeing here is the need to intensify awareness campaigns for male involvement and the community at large,’’ he noted.

“…health problems facing people at household and community level require a united front of local leaders, healthcare workers and the government at large…this meeting is a clear testimony of how united they are…,’’ he said during the meeting.

Mr. Baniet Ashery, a Community Health Worker from Masimba village, Babayu ward believes that people in villages can be more informed about healthcare services if village health committees in Chemba are strengthened and given more incentives to support Community Health Workers to reach out to more and more households.

Chemba’s District’s Executive Director Dr Semistatus Mashimba, says Community Health Workers who were picked from among villages in the district have been at the forefront in educating people in their communities on why it’s important for pregnant women to give birth at a health facility, among other things. “These [CHWs) are a great asset in primary healthcare. Through the Mkapa Fellows project, we are beginning to realize their positive impact, especially in Reproductive and Child Health and the uptake of HIV/Aids services,” says Dr Mashimba.

BMF’s Senior Program Officer-Community Health and Social Welfare Ms Emma Kinyamagoha, says that for the past one year, the number of people joining Community Health Fund (CHF) has increased, thanks to awareness campaigns initiated by the CHWs.

“We are seeing more patients with chronic illnesses being identified in communities, a rise in the number of people seeking health services and the efforts to get onboard children who missed out on immunization,’’ says Kinyamagoha.

Data collected from the field and presented in BMF’s implementation report show that the number of patients attending at Out Patient Department (OPD) increased from 3418 in 2018 to 4937 in 2019 and the number of women applying at least one modern family planning method increased from 5710 to 6605 under the same year period. 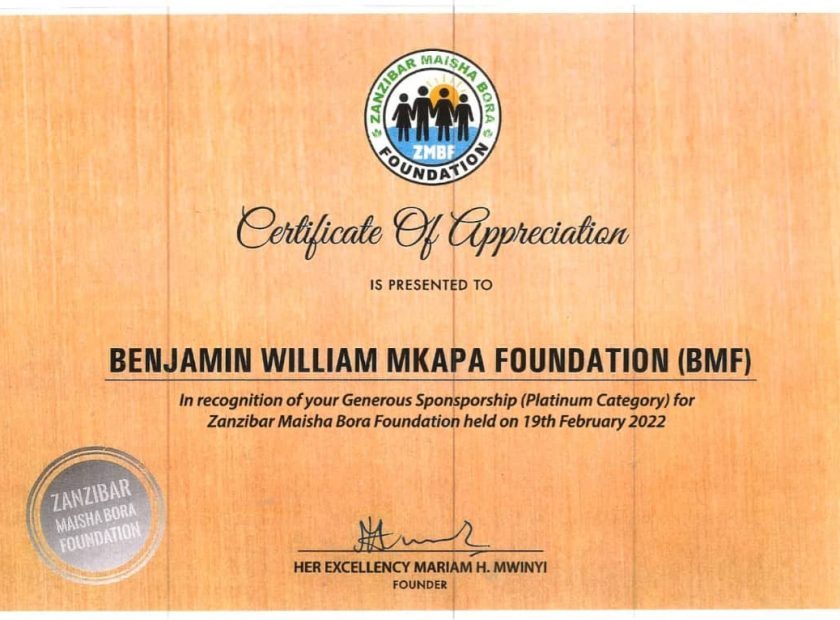 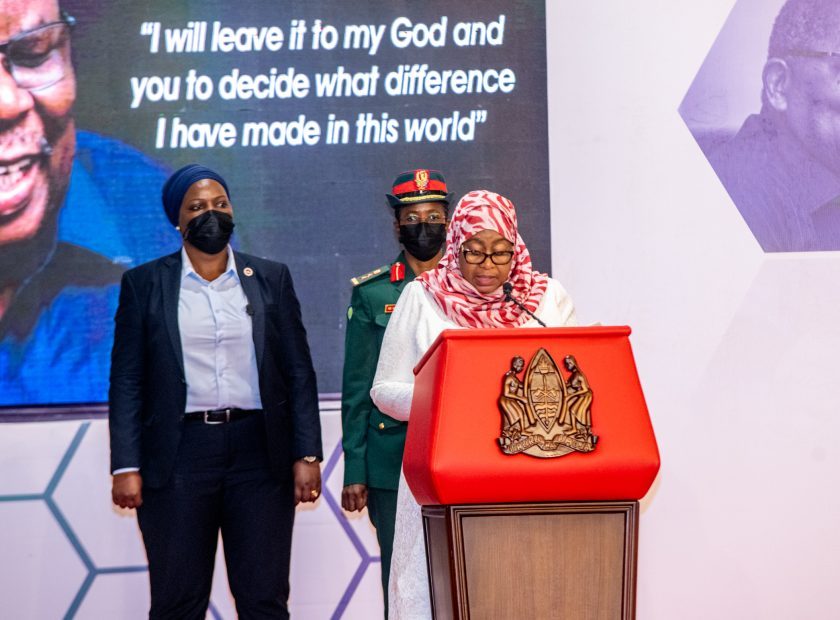