Vote of Thanks made By Mr. William Erio on behalf of the Family

Vote of Thanks Made by Mr. William Erio on behalf of the Family of late H.E. Benjamin W. Mkapa during the 2nd Mkapa Legacy Symposium, held in Zanzibar, 14th July 2022

Your Excellency,
Samia Suluhu Hassan, President of the United Republic of Tanzania;

Members of the Diplomatic Corps

Dr Adeline Kimambo, Chair person of the Board of Trustees and Board members of the
Mkapa Foundation;

Representatives from the Private Sector and the Non- State Actors, Members of the Press,

May I express our heartfelt gratitude to your excellency the President Samia Suluhu Hassan, for having set aside your busy and demanding schedules, in order to come and be part of this memorable moment in commemorating the life of the 3rd President of the United Republic of Tanzania, our beloved, leader, husband, father and uncle the late Benjamin William Mkapa. All of us here understand that the President in a Country with executive Presidency, is the busiest person. The fact that for the second consecutive year you have graced the Mkapa Legacy Day is a proof of your humility and how you hold him and his deeds in high esteem. In fact, you have greatly contributed in making him a legend in the eyes of Tanzanians and the World at large. Ahsante sana Mheshimiwa Rais.

We are humbled and would like to thank you as well the President of Zanzibar and Chairman of the Revolutionary Council, Your Excellency Dr. Hussein Ali Mwinyi, for making good your promise to host us in Zanzibar for this memorable moment. As the Settlor of the Mkapa Foundation, we owe you our deepest gratitude for being the befitting successor to the Late President Mkapa, and for assuming this role and responsibility with vigour and determination as further proved during the Mkapa Foundation Inauguration dinner yesterday You led the way as the founding Chairman of the Board of Trustees of the Mkapa Foundation for over five (5) years, and now you are back as Settler, a fact which we will always cherish. Your close relationship and alliance with our beloved late President Mkapa and those who stood for his cause is commendable. Tunakushukuru sana Mheshimiwa Rais Mwinyi.

We as a family are appreciative to both of you, our Presidents for your officiating the opening and closing ceremonies of the 25th Anniversary of the EOTF late last month. Though the event was not directly related to today’s events, we take note of the fact that EOTF is chaired by Mama Anna Mkapa, the matriarch of Mkapa’s family and was established during the late President Mkapa’s Presidency. We are of the view it was part of his legacy which we are commemorating today. Thank you so much your Excellencies for supporting and being close to Mama Anna as well.

We extend our gratitude as well to your excellency former President, Joachim Chissano of Mozambique for making time to come and participate in this event. We know the long- time closeness you had with your brother and colleague the late President Mkapa. We are humbled by your presence today which is a testimony of how you shared ideas and thoughts and had a common cause to make Tanzania, Africa and the world a better place to live by providing better access to health services in various fora including the Club of Madrid.

Your Excellencies, Ladies and Gentlemen,
One, Emeasoba George global writer and author of many thought provoking quotes wrote and I quote;

The greatest legacy anyone can leave behind is to positively impact the lives of others Whenever you add value to other people’s lives you are unknowingly leaving foot prints on the sands of time, that live on even after you demise”

“To all of us present, commemorating the life and legacy of Late President Benjamin Mkapa shows that he still lives on in our hearts and our lives. He touched many people in many ways, and this year, you have been part of his legacy. His own words, “My life, My Purpose” rings true as you have attested to this fact; your presence here today has given much meaning to his long-standing commitment to serving the underserved.”

Your Excellencies, Ladies and Gentlemen,

It has been observed here today that the Mkapa Foundation has initiated and maintained strategic partnership ties between the Government, Development Partners, Private Sector and NGOs. We have witnessed that the Foundation s vivifying the “Public Private Partnerships” concept, which was born and bred during our beloved’s tenure in the highest Office of the land.

To the partners, your continued financial and in-kind support over the years to the Mkapa Foundation is a testimony of trusted co-operation. You all have been a voice in one way or another in serving the underserved in our communities which the Late President Mkapa was passionate to serve. You have contributed in building a solid foundation to the organization that will continue for generations to come.

We would like to thank the unsung heroes in the underserved or remote areas of our country, community health workers and Mkapa fellows who have sustained and reinforced the life and legacy of our beloved the late President Mkapa. Today, we the Mkapa family, bolstered by so much encouragement and lifted by the respect you have all accorded us, we will continue to enliven the impactful sacrifices of the late President Benjamin William Mkapa.

We as a family owe our deepest gratitude to the organizing committee of this event under the Chairpersonship of Dr. Ellen Mkondya Senkoro, the CEO of The Benjamin William Mkapa Foundation. for all the hard work and commitment to ensure that these past two days shone the light on our beloved’s legacy that will far outlive us here and to you all for your participation.

God bless Our Leaders;
May the soul of our beloved the late President Benjamin William Mkapa continue to Rest in Peace.
Asanteni sana. 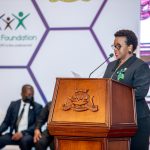 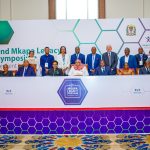 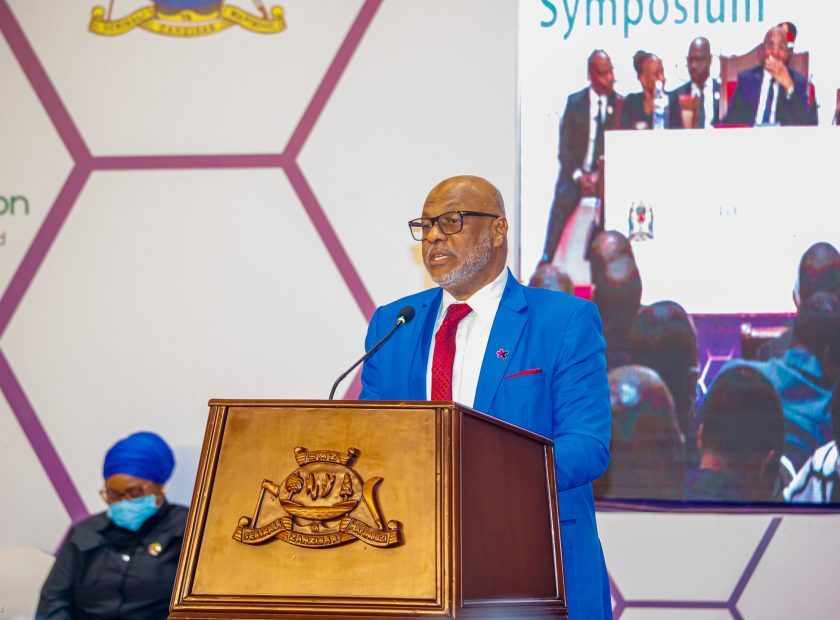